Swan & Edgar’s Fashionable Furs was one of the first greeting cards I made at Zazzle. I scanned this advertisement from one of my early 20th century editions of the English theatre periodical, Play Pictorial. 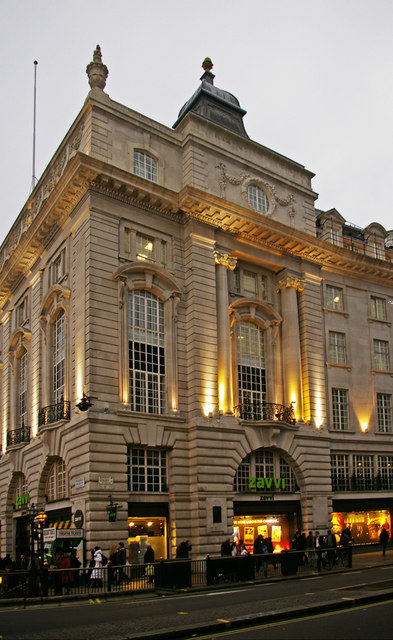 Even if you have never heard of Swan & Edgar’s, this grand department store was housed in one of the most recognisable and iconic buildings of Piccadilly Circus, between Piccadilly and Regent Street. It was the establishment in which to be seen for it sold the most sumptuous clothes for the well-heeled. The store had its beginnings in a haberdashery stall in St James Market run by William Edgar early in the 19th century. After meeting George Swan, the two men combined resources:

They first opened a shop together in Ludgate Hill which Mr Swan had been operating, but moved to 20 Piccadilly in 1812. They then moved to 49 Regent Street when their former site was demolished to make way for Piccadilly Circus, which had been the home to the Western Mail coach offices and the Bull & Mouth public house. George Swan died in 1821, however Mr Edgar continued to use the name. By 1848 the premises had expanded to 45-51 and the entire corner of Piccadilly Circus… [Wikipedia] 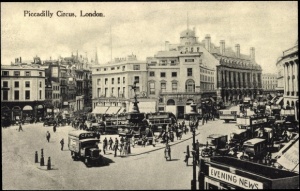 Available at the following galleries:
Zazzle US
Zazzle UK

18 thoughts on “First Night Design | Edwardian Fashion — Swan & Edgar’s is all the rage!”